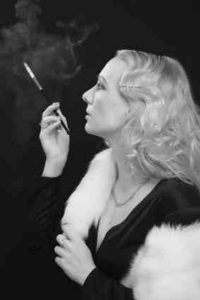 Welcome to the Smokers Choice Guide

Smokers Choice Guide is our complete guide to Tobacco from around the world, including different types of tobacco, advice on buying the right tobacco for you, growing regions, history of tobacco and tobacco accessories.

We have put together useful and interesting information to generate a definitive guide to all you need to know about Tobacco.

Tobacco has been around since the 6th century and was first grown in North and South America and became very popular with the Native Americans around that time.

It was first introduced to Europe by Christopher Columbus after he was given some by the Native Americans after which it was brought back to Europe.  However, it did not become widely used in Europe until around the 16th century when explores and diplomats popularised its use.

Tobacco was initially produced for chewing, pipe smoking and snuff.  Cigarettes did not become popular until after the civil war. However the trend of cigarette smoking took off after Allen and Ginter a Tobacco Company promised $75,000 to the first person who could invent a fast cigarette rolling machine, this was achieved by James Bonsack in 1883.  His invention was capable of making 120,000 cigarettes a day. He later went into business with Washington Duke's son, James "Buck" Duck.  They built a factory and were turning out 10 million cigarettes in their first year and one billion cigarettes five years later.

The first boxed branded cigarettes came with a pack of baseball cards and were called Duke of Durham.  Buck Duke and his father were the founders of the first tobacco company in America called ‘American Tobacco Company’. The American Tobacco Company had the monopoly on cigarette production until the early 1900's and then other companies followed suit and it didn't take long before industrialised production advanced which created widespread distribution of cigarettes. Read more about the History of tobacco.

Since that time the use of tobacco has become very widespread and to this day people around the world still use it for hand rolled cigarettes, pipe smoking, snuff, chewing, and tailor made cigarettes.

To view a wide range of tobacco and other tobacco accessories visit uktobacco.com, a well established tobacco shop since 1926.