Now that you have become a cigar connoisseur, it is time for you to look into the importance of owning a cigar humidor and why they are crucial for maintaining a healthy cigar collection. However, you do not require years of experience to understand the necessity of owning a humidor and the need to keep your cigars fresh.

It is widely known that cigars absorb their environment and surroundings incredibly easily, thus having a tendency to go bad when kept in the wrong conditions. But where do you even start when buying your first cigar humidor? There is an extensive range of types, brands, qualities and designs that can easily confuse someone who is new to the experience.
.... Click here to read more

The History Behind Rolling Tobacco 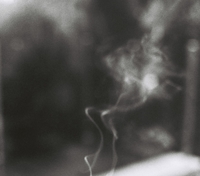 Rolling tobacco has a rich history whose origin spans many centuries and many continents. Here we will look into the origins of rolling tobacco and debunk so of those myths and legends.

The North American natives have passed down some stories that have become rather distorted over time. According to those natives who have passed down the legend, there was a terrible famine that took over the land. This famine caused crop fields to become barren. A spirit eventually came in the form of a girl, whose touch would restore the land to its former glory, simultaneously saving the native people.